Better is a privacy tool for Safari on iPhone, iPad, and Mac. It protects you from behavioural ads and companies that track you on the web.

31 December, 2012 I take a stroll down memory lane to review the year that’s been. Along the way, I encounter iPhone workshops, lots of talks at conferences, a magical hack, TED@London, Young Rewired State, an award for Voice of the Year, a chapter on mobile design considerations in a new book, lots of travel, my first standing ovation for a talk ever, a personal reboot, and more. If this is tl;dr, just read This Is All There Is and Design is Not Veneer, and watch my talk A Happy Grain of Sand to get a good idea about who I am, what I do, and where I stand at the end of 2012.

2012 started off gently with a sleepy January, the highlight of which for me was attending New Adventures, Simon Collison’s conference, in Nottingham. There are so many events and conferences these days that I have to make a conscious effort to limit the ones that I speak at and attend. That said, I can always make time to attend a carefully curated community conference and I’m looking forward to starting 2013 off in the same way by attending the last New Adventures this coming January.

Starting in February, and continuing on for the rest of the year, I kept teaching my iOS Development Workshops in Brighton, Oslo, and Stockholm. There is a new one coming up in February, 2013, in Brighton. If you want to learn how to make native iPhone and iPad apps using Objective‐C and Cocoa Touch in 2013, sign up now for one of the few available spots.

In March, I gave a talk at CocoaHeads Oslo while in Norway to teach my iOS workshop, attended the excellent Ampersand conference on web typography, and gave the closing plenary at NSConference.

Also in March, I accepted a kind invitation from Emma Malqueeny of Rewired State to take part in a hack day that took place on a boat in Cannes for Mipcube, part of the long‐running television conference, MipTV. My hack, Grab Magic, ended up winning the hack day and I got to present it during the opening keynote at MipTV.

In April, I presented a short talk at TED@London on how great design should empower, amuse, and delight in which I demonstrated Grab Magic. Later in the year, I wrote about the process that got me there in a post titled An Idea Worth Spreading, in which I also spoke about my longer‐term goal to help bring design thinking to open source.

Bergen to Dublin to Vegas to San Fran to Kortrijk…

Also in April, I flew to Norway to present a private talk on user experience for the lovely folks at Knowit. The talk took place on a beautiful little island deep within the picturesque fjords of Bergen. Following that, I presented one of the two opening keynotes — alongside the wizard of data, Horace Dediu — at a new and lovingly hand‐crafted boutique conference called Úll in Dublin. I got my first standing ovation ever for a talk following that keynote.

After my talk in Ireland, I flew to Las Vegas at the start of May to present the opening keynote at Future Insights Live. Even though Vegas is not really my cup of tea, it was a lovely few days and it meant that I got to hang out with some wonderful people. From Vegas, I flew to San Francisco to host Brand Perfect for the lovely folks at Monotype. Before the event, we also got the chance to screen Linotype: the film by the wonderful Doug Wilson. I’d been dying to see the film since Doug had told me all about it during a chance encounter and shared taxi ride to the airport together in the previous year.

Also in May, I got further involved with Code Club — the volunteer‐led after school coding clubs set up by my good friends Clare Sutcliffe and Linda Sandvik to teach kids to code. In the two days between Sweden and another workshop in Oslo, I wrote the inaugural lesson for Code Club. Since then, I’ve also officially joined the Code Club board and I do hope that you’ll lend your support to this important initiative as we can always use new sponsors and volunteers. Whether you’re a potential volunteer, a school, or a parent, getting started with Code Club is easy.

As an additional little bonus, May also brought with The Smashing Book 3, to which I contributed a chapter titled Mobile Considerations in User Experience Design: ‘Web or Native?’ You can read the whole chapter online as my good friend Vitaly kindly allowed me to make it free as a resource for the community. 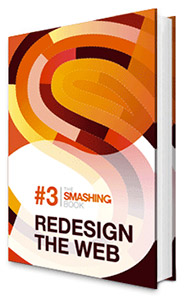 In June, I presented the opening keynote at the Norwegian Developer’s Conference to an audience of around 1,500 designers and developers. After seeing the gorgeous stage setup, I decided on a whim to start my talk with a song I love called Pity the Child from the musical Chess. Unfortunately, the video crew didn’t save the raw footage but there is a tiny thumbnail video of it (with surprisingly good audio for an unplanned live recording) if you want to hear me sing. If you do watch the song, stick around for a few more seconds to see how I tied it into the rest of the talk; I think you might like it.

Voice of the Year

Also in June, I won the ‘Voice of the Year’ award at The Critters for my talks at conferences in the previous year. I was also shortlisted in the ‘Web personality of the Year’ category which went to the highly‐deserving Simon Collison. During the event, I had the honour of accepting an award on behalf of the community for the ‘Win of the Year’, which went to ‘the shelving of SOPA’.

In July, I gave a talk on user experience and helped mentor the kids at the Dorothy Stringer School Hack Day organised by my friend Genevieve Smith‐Nunes as part of her commendable initiatives to improve the teaching of computing in schools.

Also in July, I launched Breaking Things, a narrative of my personal reboot. Using a simple, hand‐crafted blog, I covered a number of topics, including letting go of perfectionism, iterating, the relationship between pragmatism and craft, how I broke my personal site, and how, sometimes, it’s all right to reinvent the wheel.

I spent the rest of July taking it easy with Laura. We went to Bath to celebrate Felix Renicks’s We Love Bath Twitter community reaching 10,000 followers with a surprise party. We were back in Bath a few days later for Julian and Ally’s engagement party. Then at the end of July, we flew to Istanbul for a few days.

In August, I was on a panel alongside Conrad Wolfram and Lily Cole to judge the finals for the Young Rewired State Summer of Code, a week‐long hack event for kids. Young Rewired State is is a network of software developers and designers aged 18 and under and does great work to encourage and cultivate the next generation of makers.

Also in August, Laura and I took a week off in Madeira (with a lovely day trip to Porto Santo) and I made a brief trip to Oslo to present a private talk on user experience for the wonderful folks at BEKK (I’d previously sang with their CEO’s band at their company party the year before and it was lovely to see some familiar faces and meet some new ones.)

September brought with it the Brighton Digital Festival, a month‐long celebration of technology and art in Brighton that I helped set up in 2011. Although I wasn’t involved in the steering committee this year, I did do a talk alongside Joanna Geary from The Guardian at the Hacks and Hackers event on identity and privacy. And, as I’ve done every year since I spoke at the first two, I attended dConstruct (it was a welcome return to form for the conference that briefly lost its footing last year).

Also in September, Laura and I flew to Italy for the excellent From the Front conference where we presented a workshop together on Hand‐Crafting a Web Site and where I gave the closing plenary. It was wonderful meeting Luca and the rest of the team and we got to spend a lovely few days with the other speakers and sample the scrumptious local cuisine in Bologna. I also found time to nip up to Scotland for a day to give a talk on Code Club at the NESTA event in Edinburgh.

After such a full September, I decided to give the O’Reilly Foo Party in London a miss at the start of October, and to take it easy. It was a quite month apart from a workshop I taught in Oslo. We also went up to Newcastle with Laura and I got to meet her grandparents before moving on to Hull to attend a conference (the highlight of which was that we got to hang out with the lovely Keir, Elliot, and Bobbie). I also started designing a new app that I’m planning to continue working on in the new year.

In November, I spoke at the lovely Handheld conference in Cardiff organised by serial entrepreneur Craig Lockwood and his partner in crime, Amie Duggan. Craig’s added the talk to his new venture Besquare so you can watch it there or in the embedded version below.

I spent the rest of November working on my new app — mostly experimenting — and capped it off by teaching my iOS workshop in Brighton at the lovely Lighthouse.

This is all there is

And, December. It has been another lovely month with Laura and I attending and giving short talks at Keir and Elliot’s Insites: the XMas Special in London. It was a wonderfully warm and cosy event and I got to talk about why I care so deeply about design. You can read the transcript of the talk online: This is all there is. A few days later, I presented a new talk called The High Cost of Free, at the Milton Keynes Geek Night in which I proposed a new design‐led open source alternative to the ad‐supported free and commercial models.

Finally, to cap off the year, I reacted badly to an article on Twitter and apologised for it in Learning to Think Before I Tweet. I then followed it up a few days ago with a proper response, titled Design is Not Veneer.

And with that, it’s approximately 11.30PM on December 31st as I write this and Laura, Osky, and I are enjoying a lovely, quiet New Year’s Eve. Writing this review has really helped me to see that I spent 2012 working on stuff that I care about: design and education. It’s a wonderful feeling when you can look at the names and events that filled your time in the past year with a smile.

In 2013, I plan to keep teaching my iOS workshops, working with Code Club and other initiatives to teach design and coding to kids, writing, and working on my new app. In addition, I will probably end up doing a bit of user experience consulting and I’ve already agreed to speak at a couple of interesting conferences. I will be reducing the number of talks I give at conferences, though, as I want to dedicate more time to making things.