Historical content: I wrote this article over 10 years ago on 2006-07-13. You are viewing an archived post from my old WordPress blog. The archive contains over 1,600 articles written over a ten year period. The formatting and contents of the posts may not display perfectly.

Not procedural coding but spiking 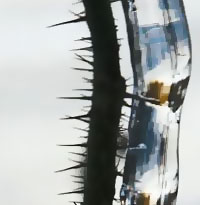 Intoxo Poxed has a post on procedural coding in AS3 in which the author states:

OOP is swell and all, but I feel procedural coding still has its place. This is particularly true when you’re not entirely sure what you’re about to make, or when you have a problem to which you haven’t yet worked out a full solution but are ready to stab at it one bite at a time.

The post goes on to give an example of a procedural bit of code that creates shapes with the Drawing API.

Spiking refers to creating a throw-away experiment during development. Spiking is useful both at the very beginning of a project, where there may be technical issues that you are not sure exactly how to handle and throughout the lifetime of the project. It becomes especially useful as a project grows and where experimenting within the actual codebase becomes slow enough to be deemed impractical.

Even before I knew the term, I would always start a new FLA and do a quick test whenever there was something I wasn't sure of when developing a Flash application. Although I call them throwaways, I do keep these experiments in a separate folder and don't really throw them away. They can sometimes be useful to come back to later.

Finally, on a related note, you should check out Keith Peters' Brevity as it is the perfect environment in which to spike out visual algorithms. If you haven't heard of it yet, Brevity is basically Processing for Flash.