Historical content: I wrote this article over 10 years ago on 2006-02-01. You are viewing an archived post from my old WordPress blog. The archive contains over 1,600 articles written over a ten year period. The formatting and contents of the posts may not display perfectly.

Flex 2: How the Net Was Won 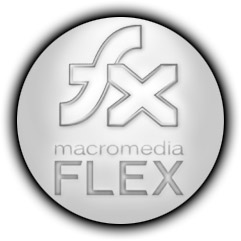 Boy, what a night: Adobe announced three pieces of news that should make every web developer sit up and take notice.

Firstly, the Flex 2 framework and compiler are going to be available for free. Secondly, there is going to be a free version of Flex Enterprise Services (FES) that is not clusterable and limited by a certain number of concurrent connections (but apparently this is not a "developer version" -- you will be able to deploy applications with it.) Finally, the Flex Builder 2 tool will be priced under $1,000.

What do these three announcements add up to? One thing: Adobe gets it.

This is a battle cry and I am so glad to see that Adobe are stepping up to the plate.

Making the framework and compiler available for free suddenly makes Flex a very sexy alternative to Ajax for web application developers. Flex is light years ahead of Ajax in terms of the types of interactivity that it makes possible and, most importantly, how easy it makes it to create such rich experiences. The free version of FES is going to allow these same developers to create data-rich RIAs with a workflow that is unsurpassed -- even in the current darling framework, Ruby on Rails. And, finally, having an affordable IDE like Flex Builder 2 is going to allow developers working in any size business to take advantage of rapid prototyping and visual development features.

Basically, Adobe appears to have addressed every one of the concerns I raised in my previous post. I can't be happier. It's about time Flex took over the Net and, with this aggresive new strategy, I can't see any reason why it shouldn't.

Here's to Flex 2! I can guarantee that you're going to be seeing a lot more it. And, if you haven't looked into Flex yet, I would wholeheartedly recommend that you do so if you don't want to miss the train on the next big thing in the world of RIAs. In fact, you can start right now by downloading the new Flex 2 beta release from Adobe Labs.