Historical content: I wrote this article over 10 years ago on 2006-01-31. You are viewing an archived post from my old WordPress blog. The archive contains over 1,600 articles written over a ten year period. The formatting and contents of the posts may not display perfectly.

A Wake-up Call: How Flash Can Lose the Net 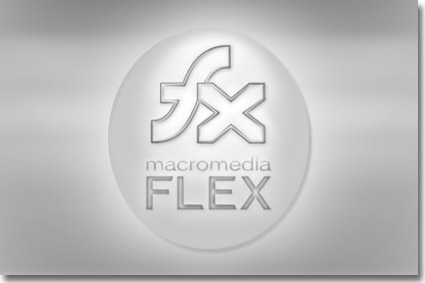 Adobe reveals plans for a free Flex 2 compiler and a reasonably priced IDE and yet I'm terribly worried. Why?

I was on the phone today with a good friend who is also a prolific writer and we got to talking about the latest e-learning project he's working on for a company. They're not using Flex for it because  wait for it  of the price (I bet you've never heard that one before.) So, of course, I tell him all about Flex 2 and how wonderful it is and how it's going to be priced at a much lower price point and I ask him if he's taken a look at it. His response: "No, we're looking at Sparkle."

You see, this firm that he's working for  it's what we call an "enterprise". Now I looked up the term recently and apparently it doesn't mean "gullible and with money to burn" but rather "a unit of economic organization or activity; especially : a business organization" (Merriam-Webster). Note the word "economic".

Rumors have been floating around for a while now that Adobe is considering lowering the price of Flex and actually splitting it up into two or three different products: The framework, the Flex Builder tool and Enterprise Services. According to a News.com article, Adobe is planning to release a basic development kit for free that contains the Flex framework and compiler and is planning to price the Flex Builder tool at around the $1,000 price point (note to Adobe's UK team: According to XE.com, that's roughly £562, not £1,000  please try to get it right when putting it up for sale here!) So far, this is all great news, but the final revelation casts a shadow over the announcement: Enterprise Services server is reportedly going to be priced in the $15,000 range.

Camel? Yes! As in "horse by committee." It feels to me that this decision was not taken with an eye towards the future but, rather, to satisfy both sides of an internal debate. I imagine it went something like this:

Powerful VP 1: Listen, the Flex 1/1.5 pricing scheme was great. We made great inroads into enterprises and we've sold

what is it now? At least a hundred licenses! Woohoo! We should stay the course. Did I mention "enterprise"  I love that word, you know. It's such a lovely word that I sometimes find myself repeating it over and over.

Powerful VP 2: You're a dork  we just wasted the last two years. We had a great head-start on Microsoft and how many developers do we have to show for it? A handful!

Powerful VP 1: Heeey! Only my mother calls me that! Take it back. And we actually have hundreds of developers

Powerful VP 2: Listen, before it's too late (if it's not too late already), we need to push Flex out to the masses. We need developers! The market for tools and servers is a supply market. What's scarce is developer mindshare. Developers today are faced with so many different technologies they can learn and they must pick and choose the one or two that is most useful to them. Flex is a blimp on the radar right now.

Powerful VP 1: Yeah, well nothing comes close to Flex in terms of the features it provides. Don't forget that Flash apps can maintain state on the client 

Powerful VP 2: *Yawn* Sounds like a history lesson. Haven't you heard? Ajax can do that now too. And how much does a killer full-stack framework like Ruby on Rails cost? Remember it's a server product!

Powerful VP 1: Hey only Uncle Gonzales calls me that take it back! And

and, anyway, Flex is really interactive and expressive and like so totally artsy and all.

Powerful VP 1: Yeah, well, that's not cross-platform! Hah, so there!

Powerful VP 1: So what exactly are you trying to say?

Powerful VP 2: I'm saying that on the one hand we have Ajax. It's not perfect but there's definite momentum behind it. Already there's a rush for tools to make development easier and full-stack open source frameworks that provide a wonderfully streamlined workflow. Then, on the other hand, we have an 800-pound gorilla about to make his entrance. The last thing we need is to price ourselves out of the fight. We need to make it as easy as possible for developers to create data-rich, rich-client applications.

for now, let's just all get along! Here's what we'll do and it'll make both of you happy

(Any similarity to real life people or events is totally coincidental  I seriously have no inside knowledge about what, if any, conversations went on about this or the parties involved and I wasn't thinking of anyone in particular while I wrote this.)

So yes, in the end we have a solution that's two-thirds correct. But the crucial bit that's missing is Enterprise Services.

From what information is publicly available currently and from the public demonstrations at Spark Europe and other events, it appears that Enterprise Services will provide a simple, efficient and robust mechanism for building data-rich applications easily. Just what we need to compete with the sort of development times available with, say, Ruby on Rails.

Couple Enterprise Services with the amazing new Eclipse-based Flex Builder tool and the kick-ass Flex framework written from scratch on sweet, performant AS3, running on the new AVM 2 in Flash Player 8.5 and we have the makings of a champion. A champion that can easily conquer the Internet as the latter finally morphs into an application platform. But price one of the three critical modules at $15,000 and I predict that you will, in the next few years, watch in horror as Microsoft and the Ajax world share the spoils and Flash is relegated to the sidelines; to remain the darling of banner ads, online games and, perhaps, the odd application.

Please, Adobe, blame the price point on a miscommunication and reconsider this decision. Make the decision to use Flex a no-brainer for developers and businesses and let's watch as Flex applications gain the sort of ubiquity that the Flash Player currently has. I want the typical response of a web developer to be "Yeah, we use it" instead of "Huh?" when I mention Flex.

This is a historic moment and this is a historic decision. You made a mistake while pricing Flex 1 and we wasted two years that could have been spent building developer mindshare. Don't make the same mistake again or, this time, we can lose the Net.