Historical content: I wrote this article over 10 years ago on 2006-01-22. You are viewing an archived post from my old WordPress blog. The archive contains over 1,600 articles written over a ten year period. The formatting and contents of the posts may not display perfectly. 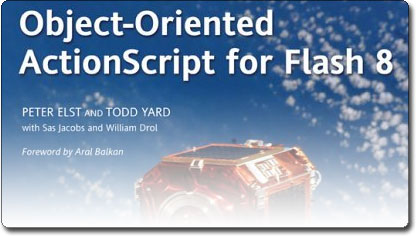 Peter Elst and Todd Yard have a new book coming out (with contributions by Sas Jacobs and William Drol) and I was lucky enough to get to read it before release and write the foreword. Instead of trying to repeat what I think about the book, here are my thoughts from the foreword:

If there's one thing I've learned as a developer, it's this: Complexity happens; simplicity, you have to consistently strive for. Nowhere is this truer than in education. Our role as teachers, by definition, is to simplify subjects so that they can be easily understood. A good teacher dispels trepidation with anecdote, abstraction with analogy, superstition and magic with knowledge.

Simplicity, however, is not easily attained. In order to simplify you must first gain an encompassing understanding of the complex. It is a rare person who can simultaneously exist in both the simple and complex plains of a problem domain and communicate effectively at both levels. It is, however, these rare people that make the best teachers.

Object-Oriented Programming (OOP) is a subject that many Flash developers do not approach due to a widespread erroneous perception of its enormous scope and complexity. Nothing could be farther from the truth.

The core concepts behind OOP are simple enough for a primary school student with a particularly nasty case of Hynerian flu to understand in a single sitting.

It must be because OOP is essentially such a simple concept that we sometimes feel the need to protect ourselves with important-sounding words the length of major rivers in order to explain it. Because, hey, if we said that OOP involves the interaction of objects, each of which is instance of a certain blueprint and has certain traits and behaviors  well, that would just be too simple. Who'd respect our geeky prowess then? Instead, we lock ourselves in our ivory towers, hiding behind unscalable walls of inheritance, composition, polymorphism and encapsulation and hope that the FlashKit masses will tend to their tweens and leave us to meditate on the path to programming nirvana.

Unfortunately, OOP is so often presented in such pretentious prose so as to be illegible to all but a handful of PhDs. If grandiose, self-important passages of academic rambling are what you're after, then I would put this book down and walk away now. I'm sure you'll find an 800-page hardback elsewhere to satisfy your thirst for confusion. If, however, you are looking for a pragmatic guide to OOP and ActionScript 2 (AS2) that is simply written and easy to understand, you could do far worse than to flip through these pages in more detail. Take a look at Object-Oriented ActionScript For Flash 8.