Historical content: I wrote this article over 6 years ago on 2010-08-16. You are viewing an archived post from my old WordPress blog. The archive contains over 1,600 articles written over a ten year period. The formatting and contents of the posts may not display perfectly. 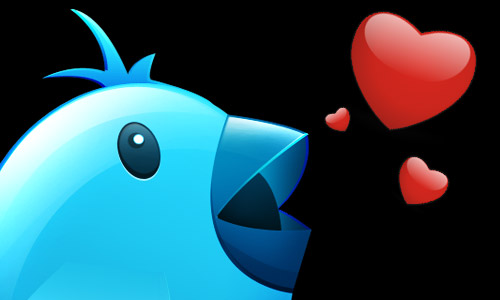 Last Wednesday, I gave Twitter a break for a few days so I could examine its impact on my life. The experience has been rather enlightening.

Here are a few things I discovered about myself, how I use Twitter, and how I want to use Twitter:

Today we are all cyborgs.

We have been cyborgs for quite some time now. Do you wear a wrist watch? You are a cyborg. The watch may not be implanted in your arm but it doesn't need to be either. Your watch "extends your physical abilities beyond normal human limitations" by letting you know exactly what time it is at any given moment.

I only realized how much of a cyborg I had become when my iPhone 3G got stolen earlier this year. It was a week before the iPhone 3GS was to come out so I thought I could hold out a week for the new phone. I was wrong. It took me one day (yes, just one day) to buy another 3G. Why? Because I felt that I had lost vital senses that I had begun to rely on. Senses like Perfect Location (the ability to know exactly where I am and how to get anywhere via Google Maps and the built in GPS), Infinite Knowledge (the ability to query the world's knowledge-base on any subject at any time), and Omniscience (the ability to know what my friends are doing anywhere in the world at any given time via Twitter). These are senses that have become as important to me as Sight, Smell, Touch, and Hearing; they extend my consciousness and abilities beyond the limitations of my physical being.

So, giving up Twitter for a few days robbed me of one my senses but that wasn't entirely the hardest bit. I could compensate for it by actually calling friends up or emailing them or (brace yourselves), actually talking to them face-to-face.

What I missed most was the inability to share stuff I was learning. I also missed the ability to throw an idea out there and have it be debated by some very smart people.

I tweet a lot of links to things that I find interesting and not being able to do that on a whim was somewhat frustrating. I realize that I've started to use Twitter like a lower-overhead Delicious (this has its disadvantages given Twitter's lack of focus on The Long Now and its limited ability to search through a single account's tweets. Remy's SnapBird is a good third-party solution that makes Twitter more useful for finding links you tweeted earlier and I do still use Delicious.)

I did feel out of touch with what was going on at times but I found that if I needed to find something out (for example, where someone was) I could always look up a specific Twitter page without signing into my account. This made me think about ways of using Twitter on my terms instead of giving in to the demands of the stream.

As part of my Twitter hiatus, I turned off all notifications and stopped using Foursquare and Gowalla also. Ah, the bliss.

On the one hand, I love notifications. Normally, I have notifications on for Twitter replies, direct messages, Foursquare, and Gowalla. The Twitter notifications alone usually mean that my phone has a somewhat regular heartbeat of notification messages that flash every few minutes. I realize that I had started to rely on this heartbeat. If the heartbeat slowed, a part of me would wonder if something was wrong. The heartbeat can easily become a wonderfully addictive reinforcement – a validation of sorts – that everything is all right and the Internets still loves you.

It's also terribly disorienting and it's too easy to simply lose yourself in the stream and let it take you where it wants to.

So the only notifications I'm going to turn back on are going to be Twitter DMs. Everything else stays off and I'll poll Twitter, Foursquare, Gowalla, etc. when I want instead of having my schedule for the day dictated by the heartbeat.

Perhaps the scariest bit was the first time I caught myself tweeting in my head.

My initial impulse, after seeing something interesting or having an experience was to compose a tweet in my head. I realized that I've begun to automatically summarize bits of my day into 140-character chunks.

What does this mean? (IT'S A DOUBLE RAINBOW ALL THE WAY!)

Is it beneficial? Could tweeting in my head be aiding my memory, for example, by making me analyze events in my life as they happen, thereby reinforcing those events in my mind much in the same way that dreams apparently do?

Or am I stripping events of their definition by downsampling them into mere approximations; a string of sound-bite-esque simulacra?

One thing is for sure: Twitter actually affects my behavior and the way I think about and, quite possibly, how I interact with the world.

(Note: The automatic impulse to compose tweets in my head subsided after the first day and disappeared entirely towards the end of the week.)

Removing Twitter from my life also had some immediate effects:

All in all, giving Twitter a break has been an enlightening experience. It showed me that while I love Twitter, I'm not a slave to Twitter (and nor do I want to be). It made me realize that I love sharing stuff on Twitter and I love the positive conversations that people have (I've recently seen a large number of people use Twitter as a virtual support structure with very real – and positive - effects and that's really awesome).

I'm not, on the other hand, a big fan of the Twitmobs that can form at the blink of an eye or the endless of string of controversies that can whip entire communities into a frenzy one moment, only to be forgotten when the next, newer, or juicier controversy erupts. They rarely achieve anything of any value and, before you know it, a morning or an afternoon is needlessly lost to the inaccessible ether of the past.

The hearts in the illustration are by Dryicons and the Twitter bird is the work of freakyframes.