Historical content: I wrote this article over 6 years ago on 2010-08-13. You are viewing an archived post from my old WordPress blog. The archive contains over 1,600 articles written over a ten year period. The formatting and contents of the posts may not display perfectly.

Interactive invades SXSW Music 2012? Who's up for forming a geek band? 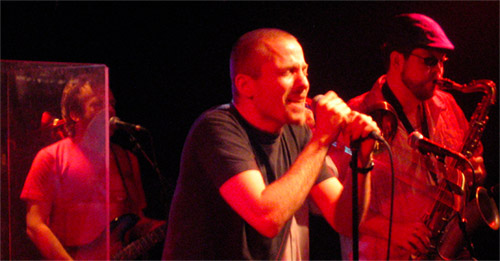 Both times I attended SXSW I've wanted to stay on for the music festival – I think I'm finally going to this year. One of the cool things about SXSW is that it includes Interactive, Film, and Music under its umbrella but it does feel like the three are still somewhat disperate. Which is surprising to some degree since most web/interactive geeks I know either are musicians or have been involved with film and other mediums in one capacity or other.

So, I was thinking, why don't we invade SXSW Music in 2012 (it's too late for 2011) with a band of our own? A Geek Robot Superstar band or something (I don't know where the "Robot" bit came from, really.)

We did something similar in the Flash world a few years back with my friends and fellow geeks Seb, Chris (Allen), John, Sam, Jared, and Chris (Mills). It was called Phlash5 and we got to rehearse about as many times as we performed. Our debut was in Hollywood of all places, at B.B.King's bar (awesome venue) during FITC Hollywood and we also rocked Amsterdam. (Of course, given that we were dispersed around the four corners of the world, we relied *heavily* on improvisation and performed a set of our songs during the gigs.)

I'd love to see if we can't get something similar together for SXSW and get the web world to vote us in :)

Thoughts? Is anyone excited by the idea or should be Interactive folk keep our musical talents to ourselves and stick to our own bit of the conference? :)