Historical content: I wrote this article over 6 years ago on 2010-02-15. You are viewing an archived post from my old WordPress blog. The archive contains over 1,600 articles written over a ten year period. The formatting and contents of the posts may not display perfectly.

Social Boobworking? Or "Why Apple needs to be stricter about App Store categories" 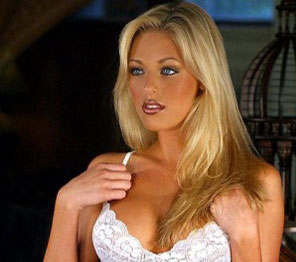 It appears that boobs are the hottest new thing in social networking. At least if you take the Social Networking category on iTunes as a reference.

As of Monday morning, February 15th, there were six Boob Apps in the list of the top 25 apps by release date on the UK App Store: Awesome Top Doll, Awesome Top Friend, Attractive Sweet Mate, Attractive Sweet Queen (who comes up with these names?), Awesome Sizzling Girlfriend, and Awesome Sizzling Teen all by a publisher called Hotix Studios. The other non-social-networking-related app in the list was the refreshingly boob-free BathroomFan (plays a fan sound so people don't hear you poopin').

Why it gets on my tits

Why is this such a bad thing? Because it's spam. Plain and simple.

It means, for example, that my new iPhone app, Feathers – which actually belongs in the Social Networking category – is now third from last on the recently-released apps list and will soon fall off it. The Boob Apps are effectively spamming the list and stopping users from finding genuine newly-released social networking apps.

How to get this off our chests

Apple has to do something about this if it doesn't want every category in the App Store to become the Boob Category. Or, if Apple won't enforce any controls on categories, why not scrap them altogether? They are almost meaningless as it is at the moment.

The solution to the boob spam issue is simple: create a separate category for adult apps and reject apps that blatantly place themselves in the wrong category in an effort to spam the category system.