Historical content: I wrote this article over 7 years ago on 2009-05-24. You are viewing an archived post from my old WordPress blog. The archive contains over 1,600 articles written over a ten year period. The formatting and contents of the posts may not display perfectly.

I just whipped up an AIR app that should make it easier for people who don't have a Turkish keyboard but need to occasionally type in Turkish to use Turkish characters. Yes, it's a niche app :)

The reason I made it? In 140 characters from earlier tonight:

Emailed my mom in Turkish & apparently wrote "I don't fuck myself" instead of "I don't stress myself out" by not using Turkish characters.

And that gave me the idea for the app! A few hours later (mostly spent on prettying it up and packaging it up), I give you the nichest app ever! :)

To use TurkishCharactersAIR, either click the buttons or simply switch to the app and type the closest corresponding Latin character to the one you want and the Turkish version will be copied to the system's clipboard.

Note: It's late and I've only tested this on OS X. Please let me know if you test it on Windows or Linux. 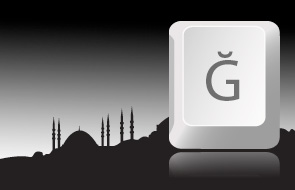